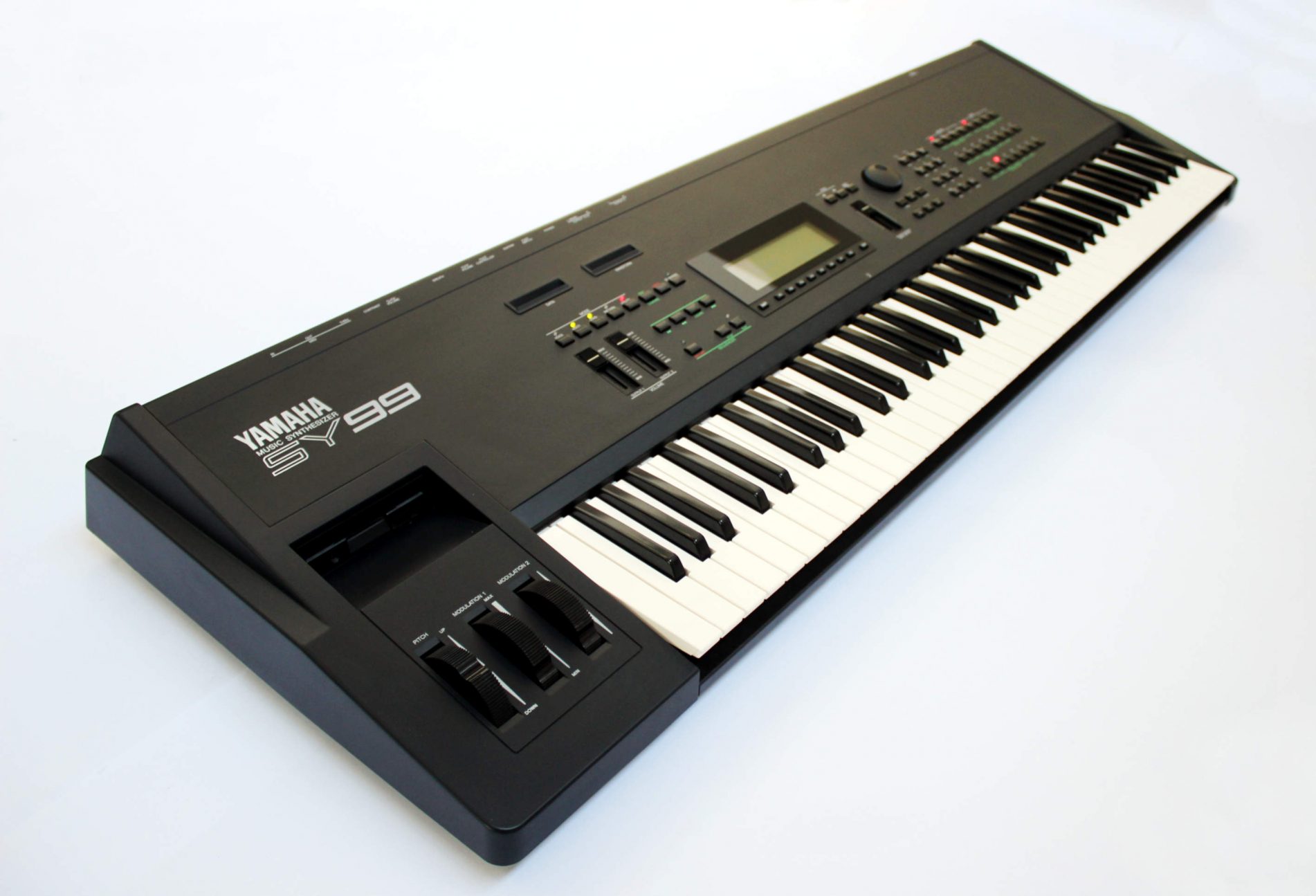 Good examples that have been stored in their original hard cases do pop up from to time to time but can command high prices. Be aware that the SY99 can be expensive to ship due to its size and weight. Out of the entire SY range this is clearly the best model and most collectible.

Putting aside the DX7C this was Yamahas first mass produced 76 key synthesizer/workstation. Being an improvement over the SY77 and building upon all of Yamahas technology to date it was a very complete and well-balanced machine. It is still well loved by many original owners as a robust machine that is still modern enough to use.

Our first impression was that it looks very clean and minimalistic, appropriate to the early 1990s. Most people will feel like it looks just like the SY77 but a little longer. That is true but the additional octave gained over the SY77 balanced out what previously was a little bulky in our opinion. Proportionately this synth is much more elegant and appealing.

With all the buttons remaining very similar to the SY77, there is even more blank surface area due to the stretched body and this furthers the design simplicity.

Shares the same buttons as the SY77

The new disk drive location is probably the only thing that upsets the relative symmetry of the layout. It’s a big machine and Yamaha tried to make it look slenderer by giving the end panels some design attention by means of stepped layering. This effect works better on the SY99 than on its predecessor (the SY77). The rear panel has a large removable plate where the Logo is positioned. This is necessary for expansion, Yamahas first keyboard to offer hardware upgrades.

Stretched out and looking slenderer.

As with its predecessor it still feels a little plasticky because of the large plastic end panels. This is a shame since much of the unit is metal. Furthermore, the plastic on the end panels are painted and many machines show a lot of paint ware on their corners.

It is well assembled overall with no visible screws, and very heavy at almost 20KG. At the time it was a very expensive machine and Yamaha could have done a little more with the exterior to help justify its price tag. Perhaps they could have embossed some of the logo print of introduced metal end pieces with a slightly different colour or texture.

The last Yamaha Synth to have a rear bumper

With increased memory and more contemporary sounds brings this machine to the forefront for 90s house and dance tracks. It’s a significant improvement over the SY77.

The best view of this machine is from the front because the whole front is on a slope which is designed to make it feel slender but is also practical for screen visibility.

Our main criticism as with all SY models is still with the buttons which are slightly too small and don’t feel nice to push. As they age, they also tend to get stuck and need servicing.

The SY99 was king of the SY series and was a formidable workstation at the time. It was however very expensive when new at almost US $4000, which limited sales. As such they are relatively rare to find in near mint condition. The case is particularly rare and well worth the extra investment if you come across one.

At present they are quite under-rated because of their age but these machines are still very powerful and contemporary. As a stand-alone workstation, we think it’s a keeper. 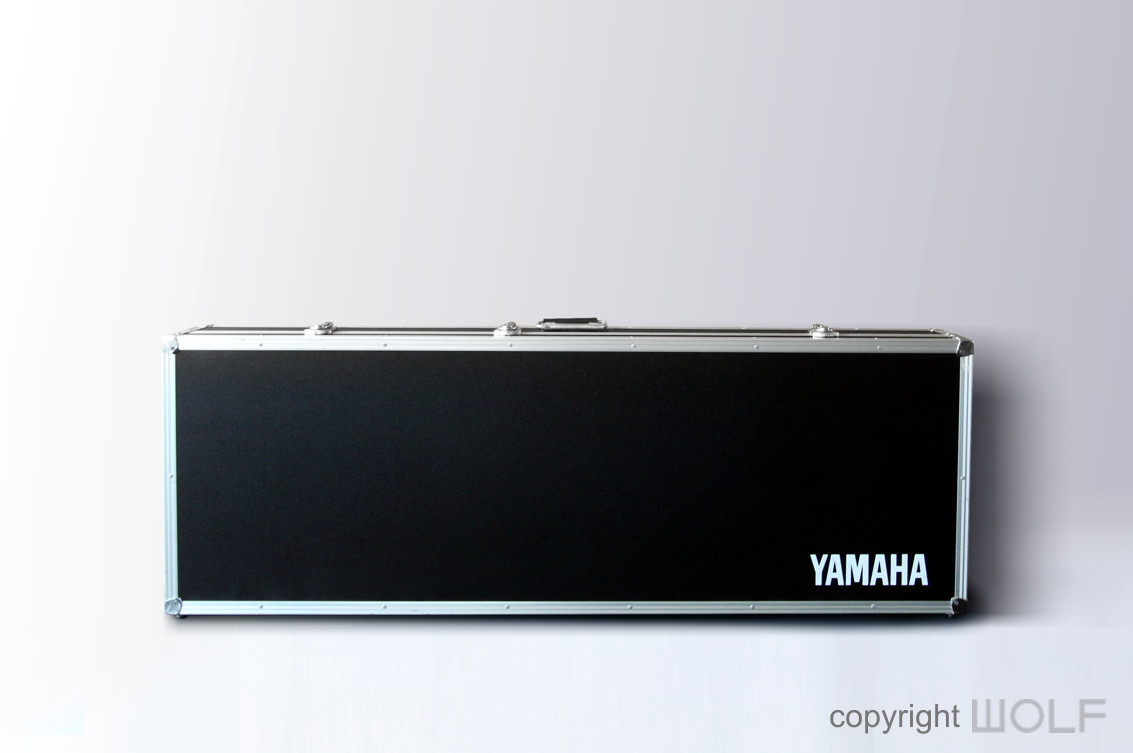 The case is rare! 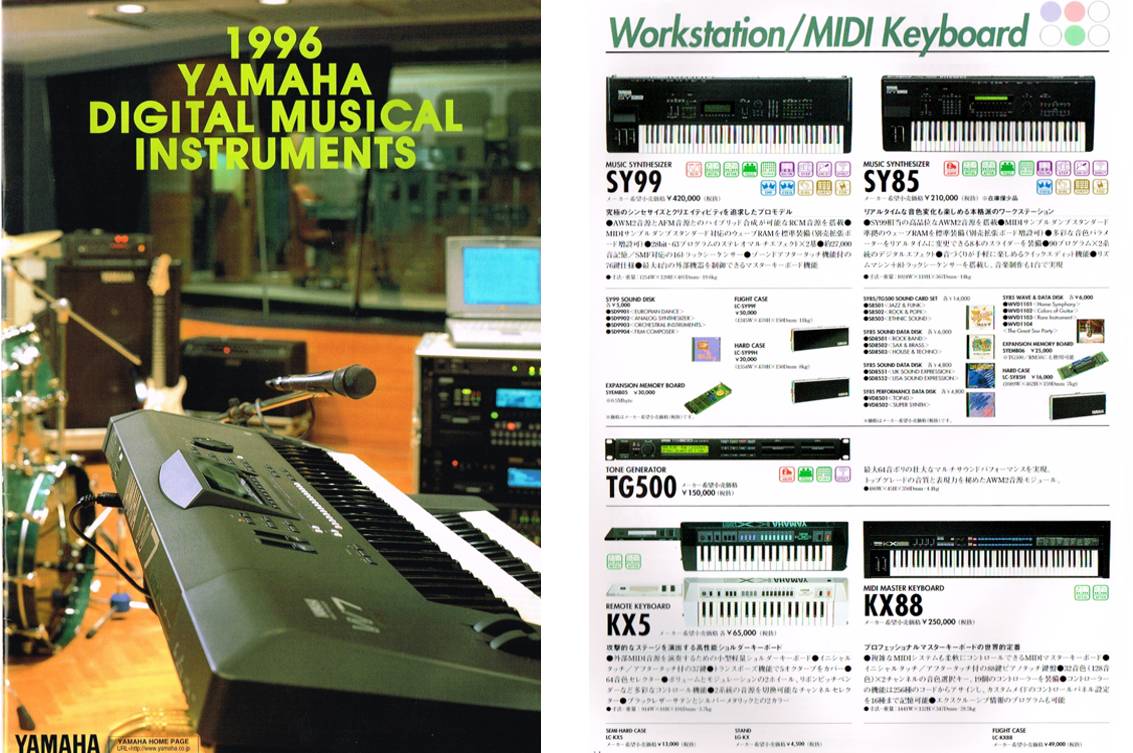 The SY99 manual was similar in design style to that of the SY77. There were also two standard demonstration disks that came standard with the unit.

The brochure was smaller, simpler and in our opinion less impressive than the SY77. That surprised us considering the SY99 came in as the new Flagship model. 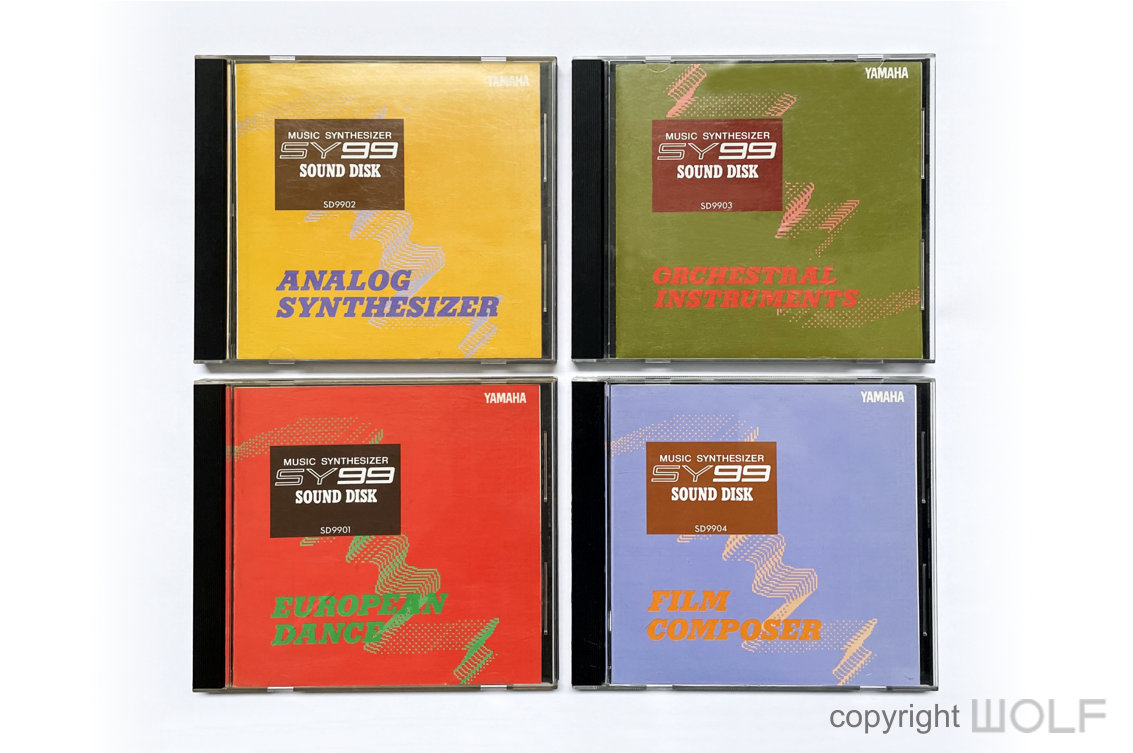 The SY99 had far fewer sounds made for it compared to the SY77 that came before. Above are the four original sound disks that were made specifically for the SY99. These four disks are the most well known official disks that Yamaha presented on their trade literature, however we believe Yamaha did make other sound disks for the SY99, such as the one shown below. 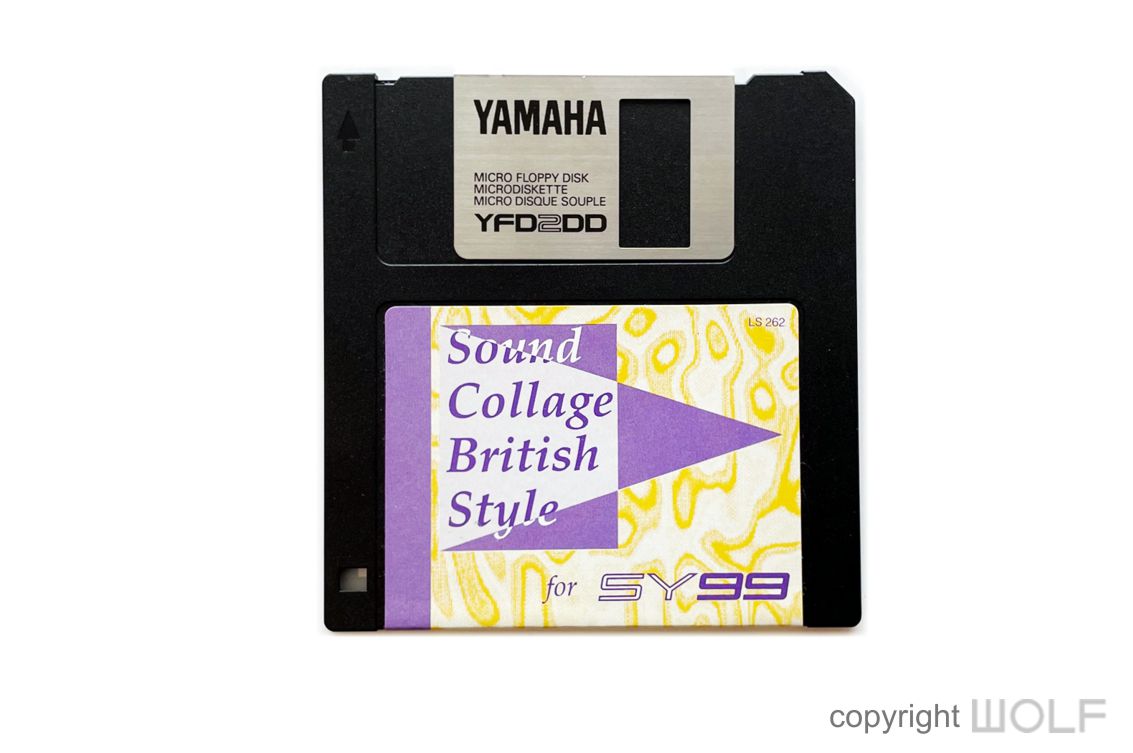 This disk is evidence that Yamaha did make other sound disks for the SY99, further to the four shown in their trade literature. We found this disk in Japan and is the only one we know of. If anyone has seen or know of others please let us know. 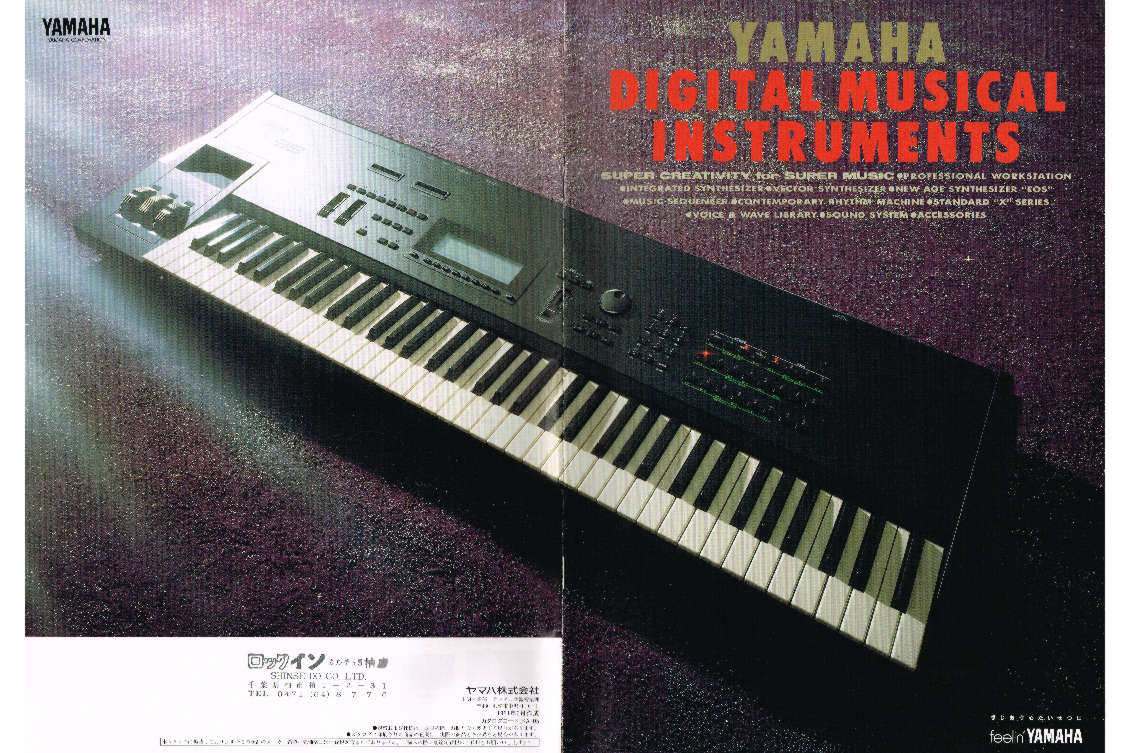 On the cover of Japans Yamaha 1991 Catalog. 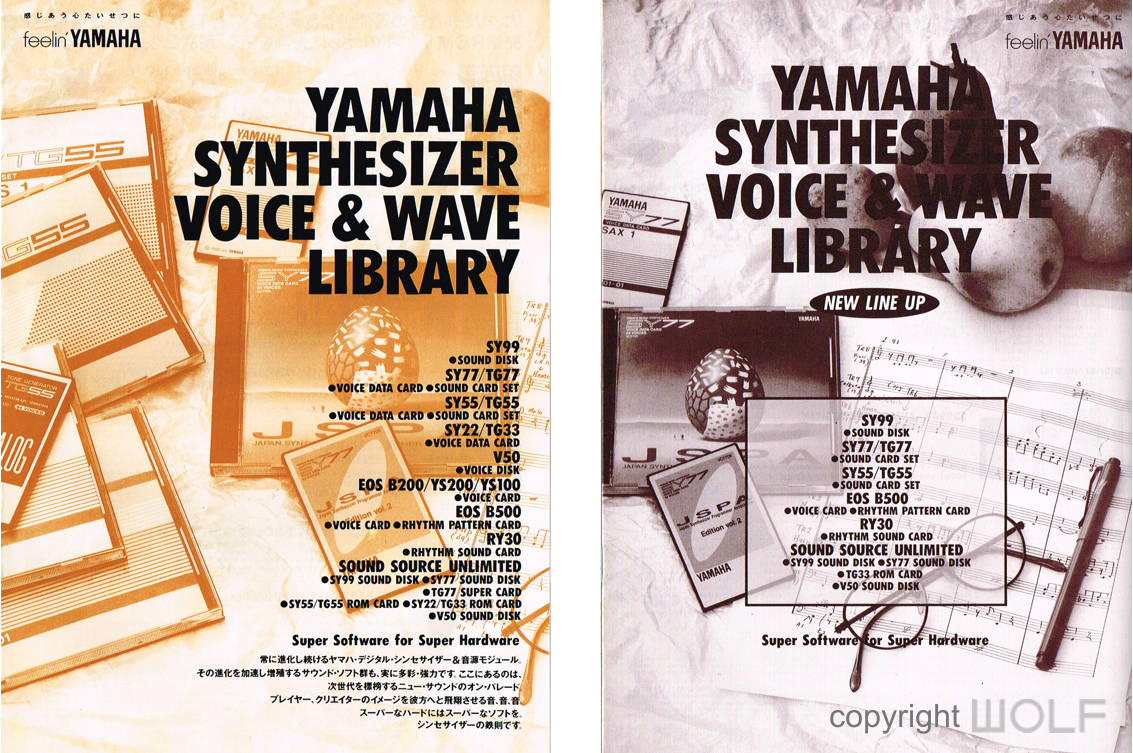 Rare Japanese brochures with extensive information on the Voice & Wave library for the SY series. 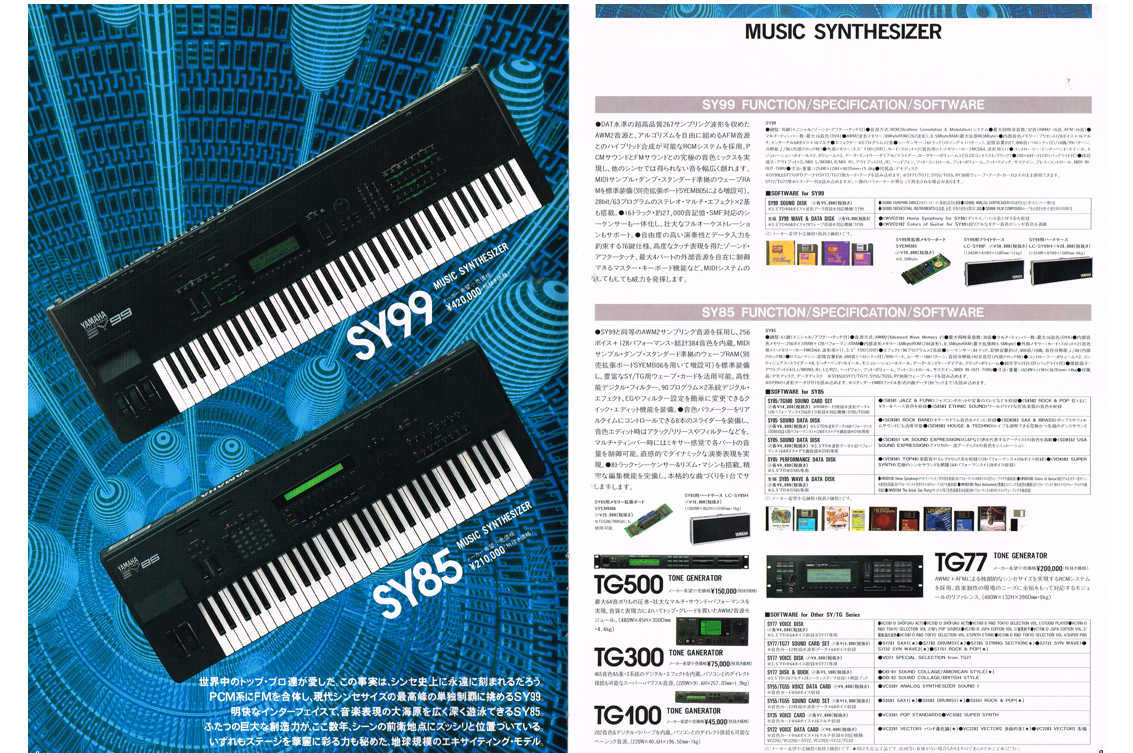 Out of the entire SY range the SY77 and SY99 are the only one’s worth collecting in our opinion, but if you had to choose one Yamaha synth from the 1990s, we would choose the SY99, even over the EX5 that came several years later. By todays standards it’s simple and easy to use with plenty of timeless sounds. For this and its solid good looks it is bound to be sought after and go up in value. Ideally it would have looked a little more interesting than just a stretched SY77, because as it is it feels like how the SY77 should have been rather than a new model.

The synthesizer in this review is from the Wolf private collection. It was purchased in May 2004 via an eBay auction from Italy. While in good condition many of the panels were later updated with the very last pieces Yamaha still kept in their Warehouse in Japan. In near mint condition this synth remains a personal WOLF favourite.